Meditation is Key to Success

5 Reasons why Meditation is Key to Success

It doesn’t matter what your background happens to be, or even if it’s just not something you’ve ever really given a try before -however, meditation offers quite a few benefits that can lead to experiencing major success in your fitness business.

In the past, it seemed as though meditation was only something for yoga-enthusiasts and super spiritual individuals, but this no longer appears to be the case. In fact, it’s been shown to have tremendous benefits over several areas of life, which could largely be why a great deal of highly successful entrepreneurs have credited meditation for their vastly effective careers. Also, not only are these conclusions backed by anecdotes of success, but now, even the psychology and medical communities are beginning to give their own nods of agreement as well.

It seems as though the practice of meditation might just be more of a performance booster than we’d previously supposed. Here are 5 reasons why this is the case…

Basically, the act of meditating is one that achieves a state of complete and utter simplicity. The whole point is for the individual to take a few minutes, relax, focus on breathing, and live in that one single moment in time.

The natural result from doing this boils down to obtaining the ability to shake off yesterday’s concerns (along with thoughts that can lead to unpleasant, and thus, unproductive feelings) and you find yourself with a blank mental slate -a totally new beginning. A great method to get started was mentioned in a post from MindBodyGreen.com…

“You can meditate in short one-to-five minute blocks. Get in the habit of slowing things down (or even stopping them if you have to!) by taking a moment to breathe and center yourself. Let go of the craziness around you, and train yourself to focus on whatever it is you want to do.”

If you’re feeling like the week’s issues seem to be building up, then you can use meditation to feel like you’re coming into this new day with a totally new, clean, and more balanced perspective of reality.

According to Lifehacker, meditation has the potential to help us control and reduce our anxiety issues. This is because of how meditation influences our brain, as the practice allows us to observe ourselves from, in a way, an outside perspective.

What that does is simple: it rewires our brain into one that has a different ‘operating system’. Since anxious minds tend to be more survivalistic and fearful (spending much of its energy in the prefrontal cortex), meditation works against this -not only applying an immediate relaxing, calming effect- but also through shifting the majority of the neural pathway activity towards the more rational, assessment-based parts of the brain.

That’s why those who meditate have a tendency to make wiser decisions and tend to have far less anxiety in the process.

#3 – It Clears Up Mental Space for New Ideas

Another effect that can be felt almost immediately, is how meditation can help clear up space in the mind. To give you an analogy, meditation is a lot like allowing your subconscious mind to open up the ‘Task Manager’ app, setting to work, closing and quitting those irrelevant background programs. In a sense, you’re wiping the mind and clearing out running processes that build up as the day progresses. At which point, Epreneur.tv discusses how something interesting happens,

“In brief, by relaxing the brain through meditation you reduce external stimuli and create mental space for new ideas, intuition, inspiration and creativity to emerge. This can help you rewire your brain for success by encouraging more positive, empowering thoughts.”

When your mind is able to clear the clutter, you essentially open up new space for new ideas to run their more relevant psychological programs -thereby making way for thoughts and mindsets, which will be far more productive. At least, more productive than what ideas were heating up your mental hard drive before your meditation session.

#4 – It Can (Actually) Make You Healthier

If you were to check out the article, “21 Reasons Why Successful People Meditate”, then you’d run into more than a few highly compelling reasons to add to a couple that I’ve made in this post -but there was one, which caught my eye in particular, which goes as far as to say that your healthcare bills will go down. Basically, you’ll cause yourself to become a healthier you through meditaion.

In comparison to people who don’t practice meditation, studies by The American Journal of Health Promotion have been able to conclude that the most likely reason for the lower medical costs of certain individuals can be attributed to their practice of regular ‘transcendental meditation’.

Whether this could be interpreted as a spiritual phenomenon, or merely a psychological one, is still in question -but what does appear to be certain is that meditation has already saved folks a couple dollars on doctor’s office visits (apparently).

Perhaps the strongest aspect of meditation is the fact that it’s been proven to get your brain firing on all pistons, causing neuron pathways to become more and more efficient as time goes on. This is known as ‘mind-integration’, and is practically the most common byproduct of a well-meditated brain. A story from Daily Mail discusses this process:

“In the highly-integrated mind, connections between various regions of the brain are strong, attention is keen and the brain is quick to spring into action when faced with a question.

When world-class athletes, top managers and professional managers have been tested, all have shown high levels of brain integration, Dr Travis said.”

Essentially, meditation offers a way to achieve this ‘highly-integrated mind’, especially if it’s practiced a few minutes each day.

Success Has 2 Parts: Patience and Energy

Setting aside just a few minutes each day to meditate is a direct way to facilitate two of the most important elements of success -and that is patience and energy. Patience is basically the ability to understand the value of a single, yet seemingly unrelated, moment; whereas, the properly chosen application of your energy is what’s needed during the moments when it’s time to put that energy in motion.

Meditation offers your mind the ability to take advantage of moments when you need patience, by allowing you to think clearly and calmly …so when it’s time to get going, you’re leveraging your energy with maximum effectiveness.

It’s no wonder why quite a few of the world’s top-performers practice meditation. It really is one of the best methods to unlocking your true potential.

12 Reasons Why Dehydration Is Bad for Your Body…

12 Reasons Why Dehydration Is Bad for Your Body…http://t.co/LoBEdaFdYY#health #wellness #prevention pic.twitter.com/6BLP6x1SPv

Proud trainer moment…  Connie performing a straight-arm-over-head lat-pull for the first time ever. 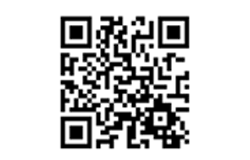